Hi, people – I got permission to do my post quite a few days early – I’ll take off next Monday as penance.

Let’s drop in on last night’s Freeperville live election thread, shall we?

It’s really quite simple…..An American citizen, woman or man, is innocent until proven guilty by a judge, jury of their peers and a solid conviction of said accused crime.

Allegations & Accusations carry no meaning whatsoever, until they are duly proven to be true & factual in a recognized court of law.

Alabama, voters, cast your votes today for Judge, Roy Moore, a good, honorable, religious man, an American patriot, who loves his country and all the people in it. This, my friends is a “Critical Path Election”!!!

You, your family, your loved ones, your great state of Alabama, your country, the USA, POTUS, Donald J. Trump and your “Future” rests in the hands of your vote today!!! Go, Judge, Roy Moore, Go, POTUS, Donald J. Trump, Go, Steve Bannon…on to victory over those politicians, Democrat, “Doug Jones”, etc., whose policies would hurt & destroy this great American Republic!!

Let’s hope. We need a win. We have been losing seats right and left since the election. Many in Oklahoma and other red areas. That needs to stop and hopefully today will be the win we need to stop the bleeding.

…or open up the wound a lot wider.

I love the smell of liberal tears! 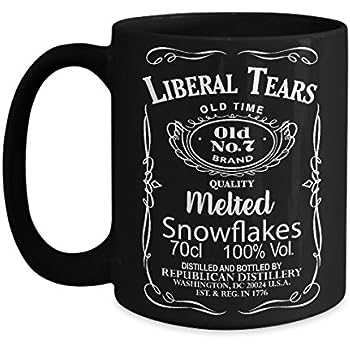 That is SO precious!

“Suffer the little (female) children to come unto me”?

That’s easy for you to say…

This election has me more on edge than I was in November. Lots of sleepless nights and higher Blood pressure.

Good thing they can’t deny you insurance now for your pre-existing conditions, huh?

Unfortunately if Moore loses there will be a push to moderate and abandon the MAGA agenda even more, especially with Amnesty. So this really could be another make or break election for the country.

Follow me below the fold for the good stuff.
You know you wanna….

After reading through a number of exit poll reviews….i would say this Game is over…Roy Moore will be elected the next USA, Senator from Alabama!!!

Is MSM going to blame the JUDGE ROY MOORE victory on the RUSSIANS?

I dunno – are you idiots going to blame him losing on The Darnold?

Feds in ‘heightened posture’ over hackers who may target today’s Alabama election
http://abcnews.go.com/Politics/feds-heightened-posture-hackers-target-todays-alabama-election/story?id=51744065

You want to tell him, or should I?

Ok freepers HERE WE GO! In Jesus name we pray for a Moore victory!!

Screw Hannity. remember, it too him 3 weeks to even defend him after the wash Post allegations.

Jesus fuck.  Now it’s “screw Hannity”.  Is there anybody the Freepers HAVEN’T thrown under the bus yet?

I’m putting my energies into preparing for the revolution or the financial collapse, or both.

You do that, bunky.
And don’t forget to clear that 400-yard perimeter.
.
And finally, from their idol Drudge (who a Freeper in the thread above called “a queer” earlier) :

Sadly, Mitch McConnell and the Republicans succeeded in what no Democrat could: Elect a democrat to the senate. This is why I left the Republican party.

So now it’s THE REPUBLICANS, including the RNC, The Darnold, and every spittle-licking media outlet they control who are to blame?
.
Interesting.

“This was a clear referendum on the Trump Presidency —he’s FINISHED..!!”

How many times we will hear that screamed, tomorrow..?

Good thing Bannion and others ignored all the obvious flaws Moore had and risked everything for this candidate and Bannion’s crackpot narcissism. Time to rethink blowhard Bannion’s influence. Good candidates with conservative values and no history of disgusting behavior.

If that piece of dung had been fair and not in the bag for barney frank, the results in Ala would have been different, I will not use drudgereport any more!

Yep, never again. He’s a homosexual, and therefore an ally of the Democrat party. Bought and sold.

After one Freeper does the usual tinfoil beanie ranting about how the Democrats rigged the vote, another Freeper tells him to go Cheney himself :

To: fwdude
An audit of the election should be demanded. I’m smelling severe fraud.

There was no fraud. Alabama has voter ID.

Moore was a lousy candidate who had no support from his party and the Democrats funneled millions into the race to get out the vote.

And Moore chose to go on vacation out of state for much of the past week.

Of course, there always more and Moore:

So it’s not over?

Make up your friggin minds.

To: Cedar
Good, don’t concede. Electronic manipulation may have won it for Jones.

Over 650,000 Trump voters staying home won the seat for Jones.

Way to go, Moore. A recount is in order for a less that 1% margin!

The count differential now is about 1.5%. It has to be 0.5% or less to trigger a recount. I think it is probably over but we will see.