Ever since I started this feature, I planned for it to transition away from the Songs Of The Pandemic. It’s here to stay; eventually we’ll even skip the drinking songs thing but not just yet.

While I love the song Whiskey You’re The Devil, I don’t agree with its message. Vodka is the devil. That’s why I call it Russian Death Juice.

Whiskey You’re The Devil is an Irish song and it doesn’t get more Irish than the Clancy brothers or the Pogues. 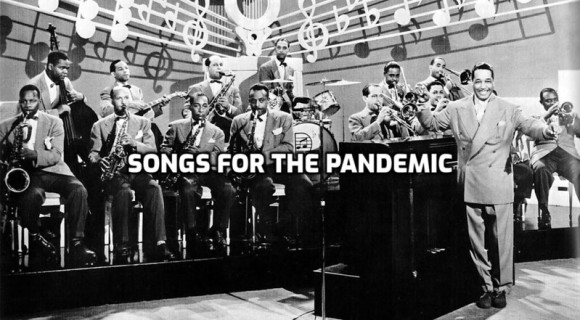 Let’s cross the pond for some bibulous folk music. Rumor has it that the Brits like to tipple even with all the pubs closed. At least I hope they’re still closed. I know some Thatcherites are getting antsy. Freedom, man.

In case you’re wondering who the hell John Barleycorn is:

The character of John Barleycorn in the song is a personification of the important cereal crop barley and of the alcoholic beverages made from it, beer and whisky. In the song, John Barleycorn is represented as suffering indignities, attacks and death that correspond to the various stages of barley cultivation, such as reaping and malting.

It’s hard to be a metaphor but John Barleycorn has borne it with grace for centuries.

We begin with two of the finest recent practitioners of traditional folk music, Martin Carthy, and the late Dave Swarbrick:

Martin Carthy is one of the leading members of the Waterson-Carthy family. It has various branches and tributaries including his wife Norma Waterson and his fiddler daughter, Eliza Carthy. The next bit of Barleycorn comes from the Imagined Village album and features Paul Weller along with the odd Carthy and a more modern sound starting with the second verse:

Finally, you didn’t think I’d skip the Traffic version, did you? It was the first rendition of John Barleycorn I heard as a wee laddie:

The last word goes to cartoon Frank, Dino, and Sammy:

We made it through another week more or less in one piece. Some New Orleans businesses are dipping their toes into the reopening. I’ll be on the inactive list until phase 2. I may not have the Acute Schizophrenia Paranoia Blues but I’m cautious.

The Friday cocktail hour has arrived. We have three toe-tapping tippling tunes for your listening pleasure.

First, Albert Collins Ain’t Drunk, he’s just drinking. Thanks for clarifying that Iceman. This song is hot enough to melt your ice cubes.

This is in the nature of a rejoinder to the happy drunk in the first tune. The songs have one thing in common: a great guitarist. In this case, Robin Trower.

The last word goes to the Cartoon Rat Pack.

Unless you’re a teetotaler or recovering alcoholic, the pandemic has either driven you to drink or you’re resisting its siren call. We’re lucky: we never run out of whiskey because people bring it as tribute during Carnival. Dr A makes the odd white wine run and I’m trying to limit my intake since booze lowers one’s immune system. We did, however, have Mint Juleps on un-Derby Day. I’m cautious, not a killjoy.

Drinking Again is a boozy torch song written by Johnny Mercer and Doris Tauber. Mercer was known as a drinking man as to Doris I’ve never kept taubers on her. Ouch. That was so bad it hurt.

We have three versions of this liquid tune for your cocktail hour listening pleasure: Dinah Washington, Aretha Franklin, and Frank Sinatra whose best friend’s initials were JD:

On with the music.

The last word goes to the cartoon Rat Pack:

What’s a pandemic without a cocktail hour? My virtual version of that ritual involves posting songs about drinking and booze every Friday at Five O’clock sharp.

Since I don’t want to be accused of encouraging my readers to get drunk, we’ll begin this sub-feature of Songs For The Pandemic with tunes that discourage y’all from getting soused, blotto or what have you.

I realize that sounds like no fun at all, but it is. Trust me. Our first selection, Alcohol, was written by Ray Davies for the great 1971 Kinks album Muswell Hillbillies. Here’s the original studio recording and a boozy live version. I mean sober:

The second tune was written by Richard Thompson at around the same time. We have two versions of Down Where The Drunkards Roll one by Richard and Linda Thompson and another by the songwriter all by himself:

I originally planned to post the Los Lobos cover of Drunkards, but it’s been deleted from the YouTube. In lieu of that, a more celebratory drinking song:

The last word goes to Frank, Dino, and Sammy in boozy toon form: