Well, the Putin apologists and non-apologists are still duking it out over at Freeperville, so let’s get back to the most important news of the day!

Why is a spy plane circling the site of the Arizona election audit?
American Conservative Movement ^ | May 3, 2021 | scott boyd

“The best-case scenario is that someone is engaging in domestic surveillance. But there’s a much darker scenario that could be in motion.

There are a handful of protections for the American people that the Deep State wishes didn’t exist. The Freedom of Information Act is the most famous and powerful as it has been used over the decades to uncover some of the most nefarious actions by government while acting as a deterrent to prevent them from being even more dastardly.

One of the least ballyhooed and utilized protections is the public transponder data available to track aircrafts and ships. Even the vast majority of military vehicles are subject to this type of tracking with notable exceptions under certain circumstances. It was through this tracking that Creative Destruction Media was informed by sources that a government surveillance plane has been circling the site of the Arizona ballot audits. This plane and others have been doing so from the beginning and continue to do so today.

Don’t be fooled by the stock image of the mundane-looking Pilatus PC-12/47E. This is a powerful surveillance tool often used by military and intelligence to collect unbelievable amounts of data with infrared cameras capable of seeing through obstructions and high-def cameras that can read license plates from the sky. It’s a Big Brother tool that would make Marvel’s “Hydra” proud, all wrapped up in a plane that could pass as a charter hop.

Following the loop of this particular plane reveals it originated at the Phoenix Deer Valley Airport. This almost certainly means it’s the spy plane used by the Phoenix Police Department. We have reached out to the department for confirmation and to ask about the case for this particular flight on April 30. With no major crimes . . . ”

Of course! Those rat bastards are beaming thought waves at the “auditors” so that the FOURTH full audit of ballots can be sabotaged – by forcing them to miscount!
(composite thread)

I haven’t the foggiest idea what crimes are being committed by auditing an election. They tried very hard to overturn the 2016 election, so I wouldn’t put it past them to try some KGB/Stasi tactic like this.

I forgot to add that with the Stingray cell intercept technology they can see the GPS location of each phone and tell which ones are inside the stadium, record their conversations or their data and tell phone number or IP address they are connecting to.

“OK – and exactly how many pepperoni did that auditor order on his pizza?”

It could be many things, but if it comes from Maricopa County officialdom then it is probably not good.

“One does not have to wear a tinfoil hat to question the motives of those who assigned a military surveillance aircraft to circle the site of an important voter fraud audit. These are American citizens who are, at the very least, being surveilled without probably cause and likely without a warrant. These people are not committing crimes. They are trying to uncover them. Why would the government be surveilling these people or worse?

Despite efforts of the federal government, Deep State, and mainstream media to downplay the Arizona election audit, this is drawing the attention of millions who believe the 2020 election was stolen. Is it being covered up even more right now?”

To: DoodleDawg
The top photo is a stock photo of the aircraft type.
6 posted on 5/3/2021, 7:39:27 AM by MtnClimber (For photos of Colorado scenery and wildlife, click on my screeen name for my FR home page.)

I was going to post a pic here, but a Freeper actually beat me to it : 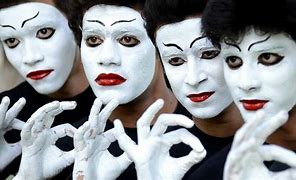 Well, they are white, I’ll give him that…

To: MtnClimber
CDMedia has been informed by multiple verified sources…
Yawn.
Everyone has a verified source.
You may. I may.
Until the public can know the source so THEY can make a better informed decision if the reports are believable, it’s just ‘jackassin.14 posted on 5/3/2021, 7:57:01 AM by Fury

To: MtnClimber
That pattern is miles away from Veterans Memorial Coliseum in Phoenix, Arizona
15 posted on 5/3/2021, 8:02:32 AM by denaliflyer

One does not have to wear a tinfoil hat to question the motives of those who assigned a military surveillance aircraft to circle the site of an important voter fraud audit.

Just a few paragraphs up, they said the aircraft belonged to the Phoenix Police Department.

I guess the tinfoils hat helps.

.
The tinfoil hat brigade just pull their chapeaus down a little tighter, and continue :

To: MtnClimber
This is a continuation of the massive effort that stole the election last November. This was obviously ordered by the current federal administration to find out who is there and to intercept communications.
The audit might just discover the fraud. The current illegal administration doesn’t want to allow that.
We have entered the soviet union,

Does that mean we’ll be invading Mexico soon?

only worse: today the methods of surveillance are much more sophisticated.

33 posted on 5/3/2021, 9:15:26 AM by I want the USA back (Non-binary transnormativity is a construct of intersectionality. Leftist gobbledegook stinks.)

To: MtnClimber
It is really an advanced alien saucer with the ability to transform itself into an airplane so they can find old people to abduct. They then program the old people to vote democrat but don’t remember they did it.
Hey it’s as good a theory as the gov spy plane theory😎
41 posted on 5/3/2021, 10:04:49 AM by Usawatcher

To: OftheOhio; gr8eman
gr8eman sent me this link which if accurate means the plane is registered to a bank.
https://registry.faa.gov/aircraftinquiry/Search/NNumberResult?NNumberTxt=785AF54 posted on 5/3/2021, 3:51:05 PM by PIF (They came for me and mine … now its your turn)

To: Norski
I hope the auditorr(sic) cut all wireless comms and go to hardened hard lines only between all computer and scanners, with an air gap between the main serfer(sic) and the internet.

They could be hacking into the systems with this plane. What’s that DOD uit(sic) that funds nefarious US spies like Halper?

Oh – and since I can’t end this thread without a Ukraine reference, I leave you with my personal thoughts on economic sanctions for Russia :

.
See you good people next Monday.