Christ on a cracker.

First I was going to take that long-threatened sanity break, especially after I tried to pull up Freeperville the morning after the debate and got this:

OK – after changing a few Bitdefender settings and writing a crunch program that puts Google Analytics into a Ouroborous-style loop, I finally got in – and what do I find?

Trump: Megyn Kelly had blood coming out of her ‘wherever’
The Hill ^ | August 7, 2015 | Neetzan Zimmerman

Donald Trump ratcheted up his feud with Fox News host Megyn Kelly over her role as moderator on Thursday night’s Republican debate, telling CNN’s Don Lemon he has no respect for her and thinks she’s “highly overrated.”

“What is it with you and Megyn Kelly?” Lemon asked Trump, who had spent most of the past 24 hours slamming Fox News and Kelly on social media and in TV interviews. “She gets out and starts asking me all sorts of ridiculous questions,” Trump told Lemon. “You could see there was blood coming out of her eyes. Blood coming out of her — wherever.”

Trump also called Kelly a “lightweight” and went on to claim he wasn’t alone in his disapproval of Kelly’s debate-night demeanor, and that a source at Fox News told him they had been “inundated” with a record number of negative letters from angry viewers.

What a bizarre thing to say. I guess this is just him trying to be funny?

No – I think he’s warming up for calling the Chancellor of Germany and the Queen of England “stupid cunts” after his election.

Megyn kelly is a pole hugging half dressed objectified do anything bitch.

Trump is a succesful employer of 10s of thousands for workers – a serious man running for the Presidency of the United States.

To: GeronL
Trump is sounding insane.

OK – we have the Trump-suckers on one side, and the Trump-busters on the other!
Who will carry home the gold in this winner-take-all throwdown??
.
We’ll find out after this word from our sponsors!

To: GeronL
Okay on the doll, show me where the bad Megyn Kelly hurt you…

Watching the Trump crowd defend and support anything and everything Trump says is fascinating, isn’t it? It’s like watching North Koreans talk about Kim Jong-Un.

I’m not sure we should humorously dismiss the possibility that she was being visited by, well, you know…

He was implying the she was on the rag. LOL

Scratch a Freeper – find a twelve-year-old.

A serious man that likes to get in twitter flamewars with other half-assed celebrities and anyone else who dares criticize him. He is a jackass.

Trumps biggest enemy his(sic) himself. Being anti-PC is one thing. This is just being crass.

Good grief, this guy has thinner skin than Obama.

If one wants to be President, raging on twitter till the wee hours of the morning about journalists he doesn’t like is hardly a trait the majority of voters are going to be looking for.

I half expected him to rage quit the debate like some child quitting a video game cause he lost a battle. 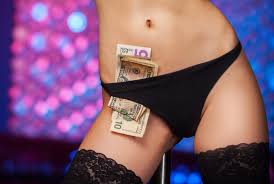 Well, I suppose it couldn’t get any worse.

She needs a ball gag!

In my opinion, you are close to correct and he will get worse – a narcissistic personality can’t stand one iota of criticism. He will explode at some point and I hope it happens sooner than later so we can get back to serious candidates who want to save this country.

I’ve already posted this on another thread, but am posting it again for the last time (consider the rest in quotes):

From the DSM V – Personality Disorders

Grandiosity
Feelings of entitlement; self-centeredness; belief that one is better than others

Right… Sure… Kelly jumped into the sewer and tried to play Goliath. I do not care that Trump called Rosie whatever he called her. Not exactly a debate question. But it sure flavored the tenor of the event. These women who won’t give me the time of day

They’re asking for it! They’re ALL ASKING FOR IT!!!

with the caveat they are untouchable, is liberalism at its worst. Kelly deserves all ridicule she gets.

Well, the Red State gathering just dis-invited Trump for his comments regarding Kelly.

They aren’t a cable network obviously, but it’s a pretty influential gathering (with many of the candidates in attendance) and dumping the Trump circus didn’t seem to bother Erickson and company.

Maybe Trump is imploding faster than I expected.

Trump’s invitation to this weekend’s RedState Gathering has been revoked, tweeted Erick Erickson, the conservative website’s editor. Trump has been scheduled to appear at a tailgate at the College Football Hall of Fame with the conservative group on Saturday.

That’s because you’re a moron.

The Donald gets more free publicity! The pundits are totally confused how to get rid of the non-politician.

5 posted on ‎8‎/‎8‎/‎2015‎ ‎12‎:‎56‎:‎26‎ ‎AM by entropy12 (We need a president who says “you are fired”, not the professional politician puppets of rich donors)

I guess the Palinistas got tired of getting jumped by other Freeperati for using the “living in their heads rent-free” canard to describe her, and decided to try and apply it to The Chump?

You know, I have to admit I’m pissed at Trump. Here we have the most successful GOP candidate in years and he has so much promise and his numbers are yuge. And I don’t mind very strong language when it comes to illegal immigrant murderers and rapists. But for crying out loud am I smarter than this guy? Cause that would be scary if I was.

You don’t get into a fight with a woman you PUTZ. I’m still in his corner but one more stupid remark and it’s go Walker. The only thing is I know without Trump it;s guaranteed NOTHING will be done to slow down immigration.

To be honest I think he’s done. That was over the line tonight. You don’t invoke menstrual stuff come one man. I’m pissed at his infantile remarks on cnn tonight…Because he shouldn’t have been whining about her all day. He blew it. Go Walker I guess.

Guess what it won’t even ding his support.

I hope so hi Tech…sorry t be a defeatist but last night’s Rosie stuff was enough, now continuing to fight a girl…just face palm.

Hey if you think saying a vulgar thing about a woman is cool good for you. Not how I was raised.

Of course, some of the slut-shaming Freeperati blame it all on the women who refuse to go in the kitchen and make them a sammich:

These are the new rules, the women demanded equality. They can’t demand both that AND chivalry.

It’s getting comical watching some here continue to praise the Donald. The guy has a great chance of single-handedly putting Hillary in the White House.

I don’t think there is a thing he could say or do that would alienate some of you.

Eventually you will wake up and realize what is happening.

I have tried to give a great deal of latitude to Donald Trump in his run for the Presidency.

Decency is one of those lines.

As much as I do personally like Donald Trump, his comment about Megyn Kelly on CNN is a bridge too far for me.

It was not the “blood coming out of her eyes” part that was the problem.

I think that is true. And I’ve been very sympathetic to Donald Trump because so many of the people who have led the party astray refuse to even treat him as a legitimate candidate.

But I also think that while Mr. Trump resonates with a lot of people with his bluntness, including me to a degree, there are just real lines of decency a person running for President should not cross.

His comment was inappropriate. It is unfortunate to have to disinvite him. But I just don’t want someone on stage who gets a hostile question from a lady and his first inclination is to imply it was hormonal. It just was wrong.

I have invited Megyn Kelly to attend in Donald Trump’s place tomorrow night.

Who in Hell is Erick Erickson?

“Who in Hell is Erick Erickson?”

8 posted on ‎8‎/‎8‎/‎2015‎ ‎12‎:‎59‎:‎05‎ ‎AM by max americana (fired liberals in our company last election, and I laughed while they cried (true story))

I’m sure schmuckerberg is beating off to them.

Never had a facebook page. What happened to privacy. Rand paul is a maroon. The gestapo are rolling on the floor in Hell. The Gov. is teamed up with Mark.

To: Brad from Tennessee

I suppose Trump could cross over by calling her an oaf. But we all know what was meant.

That her Aunt Flo was visiting.

Go back to CNN to be with your own kind, Erickson. What a loser. Is he really just concluding that a Trump slip of the tongue meant MEGYN’s on the RAG??? I didn’t read it that way at all.

You need to talk with the previous poster “longfellow” about that.

His advisers said he meant to say “whatever” after probably thinking about blood shooting out of her mouth and thinking it didn’t make sense. He then said the eyes comment about that Demoncat Wallace as well.

Well, she was being super PMS-y with her mood swings.

That (probably-menstruating) slut “Cincinatus’ Wife” gets more of what all you bitches have coming:

Inviting her to a red state? I thought she was already in one

Who the hell are you? Screw you and the Bush you rode in on. Megyn Kelly deserved worse than she got and you sound like as much of a Bushbot as she is.

No thanks – you go right ahead, though.

Another Trump hit piece by you? Erick Erickson is a nobody. Maybe he’s trying for a spot on FNC. Kiss Megyn Kelly’s butt and you might get one Eric.

Megyn Kelly is a FemiNazi

GYN — what the hell is that … Gynecological = Hormonal

And I hope this lays to rest the misconception that Trump and his supporters are sexist misantropic knuckle-draggers.
.
See you good people next Monday.